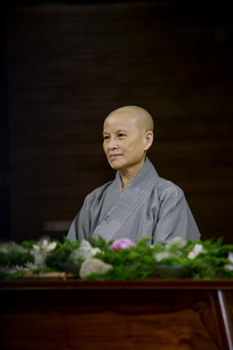 When her mother needed surgery for acute gastric perforation, a very risky procedure in those times, the 15-year-old Dharma Master Cheng Yen prayed earnestly to Avalokitesvara Bodhisattva (the Bodhisattva of Compassion), offering to give up 12 years of her life in exchange for her mother’s health. To express her piety, she undertook a vegetarian fast. When her mother later recovered without need for surgery, the young Dharma Master Cheng Yen, out of gratitude, chose to become a life-long vegetarian.

When Dharma Master Cheng Yen was 23, an event happened that would change her life. One day, her father suddenly took ill. Within 24 hours, he passed away. His death was a great shock to Dharma Master Cheng Yen and propelled her to seek many answers about life and death. That life could be taken away so precipitously made her reflect, “Why is life so transient? Where then lies its true meaning?"

At this time, Dharma Master Cheng Yen came into contact with Buddhism. Learning of the teachings, she gradually came to feel that one should expand the love for one’s own family to the entire society and all humanity. She aspired to take care of the great family of humanity, instead of one small family.

In 1961, Dharma Master Cheng Yen left her family home to embark on the spiritual path, giving up a relatively comfortable life. Within a few days, however, her mother found her and begged her to return home. She acquiesced, but with her spiritual convictions, she could not truly be content living her old life; several months later, she again left her family to pursue spiritual cultivation. That year, she was 24. From Taichung County (on the western part of the island), she travelled to eastern coast and eventually settled down in Hualien, a small town in the relatively undeveloped east coast. Though life was very hard, it did not diminish her commitment to spiritual cultivation. 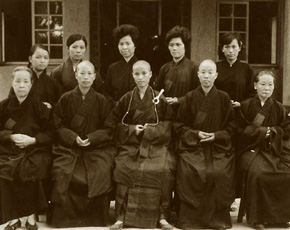 In late 1962, at the age of 25, Dharma Master Cheng Yen shaved her own head to formally renounce the lay life and start life as a Buddhist monastic. She was unaware that Buddhist rules required one to do so under a Buddhist master (a monastic teacher). Because of this, she could not qualify when she sought to receive full monastic ordination at Taipei’s Lin Chi Temple several months later. These circumstances brought her into a chance encounter with Venerable Master Yin Shun at a Buddhist lecture hall in Taipei. Having great respect for him, she asked if he would accept her as his disciple. He accepted, but as registration for ordination at the Lin Chi Temple would soon come to a close, there was little time for more than a simple instruction to the young novice, “Now that you are a Buddhist monastic, remember always to work for Buddhism and for all living beings." He gave her the Dharma name, Cheng Yen.


The Founding of Tzu Chi 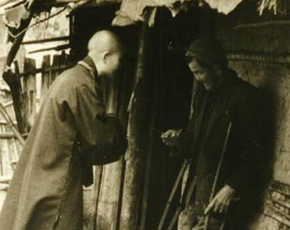 One day in 1966, while Dharma Master Cheng Yen was visiting a patient at a small local clinic, she saw a pool of blood on the floor. Dharma Master Cheng Yen was told that the blood was from an indigenous woman suffering from labor complications. Her family had carried her from their mountain village. They had been walking for eight hours, but when they arrived at the hospital, they did not have the NT$8,000 (then US$200) required fee. They could only carry her back untreated. Hearing this, Dharma Master Cheng Yen was overwhelmed with sorrow. She thought to herself: as an impoverished monastic barely supporting herself, what could she do to help these poor people?

A short time later, three Catholic nuns visited Dharma Master Cheng Yen, and they had a discussion on the teachings of their respective religions. When Dharma Master Cheng Yen explained that Buddhism teaches love and compassion for all living beings, the nuns commented: Why have we not seen Buddhists doing good works for the society, such as setting up nursing homes, orphanages, and hospitals?

The nuns' message struck a deep chord with Dharma Master Cheng Yen. Buddhism, she responded, teaches people to do good deeds without seeking recognition. However, she knew in her heart that without organization, what could be accomplished was very limited. Dharma Master Cheng Yen considered: What if her disciples sold one extra pair of baby shoes per day? What if the thirty housewives that listened to her teachings could donate NT 50 cents (approximately US 1 cent) per day? In one year's time, she calculated, they would have enough money to have saved that indigenous woman. A small concerted effort, she realized, over time could make an enormous difference! 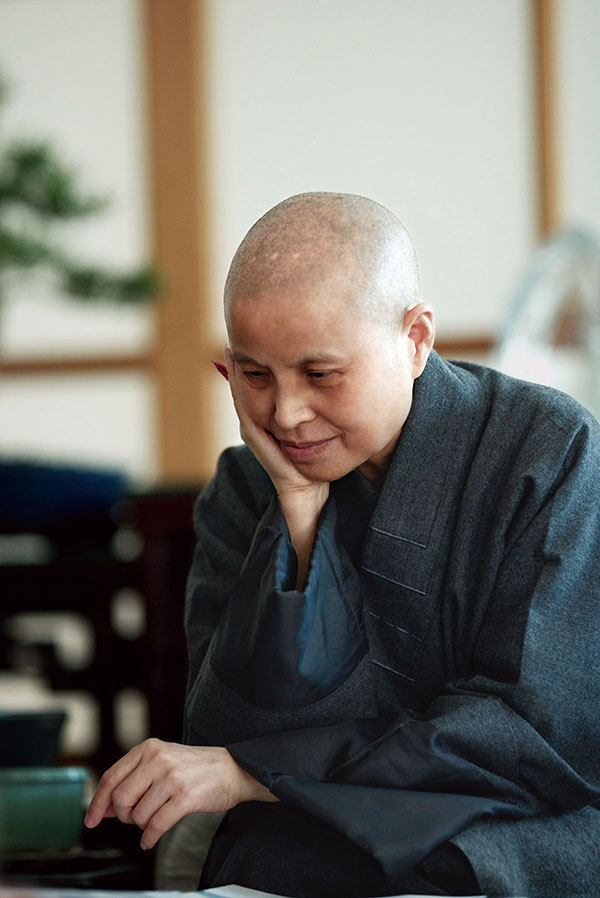 As word spread and more people participated, there came to be Tzu Chi commissioners who were responsible for collecting donations. Commissioners travelled to villages to collect the savings in each of the bamboo banks. On one occasion, a commissioner complained that a particular donor lived so far away that the cost of the trip was more than the amount donated. Dharma Master Cheng Yen, however, replied that giving people an opportunity to participate was as important as the donation itself. By collecting donations from people, the commissioners were in fact nurturing seeds of kindness in each donor. This kindness, not the donation, was Dharma Master Cheng Yen's true mission.